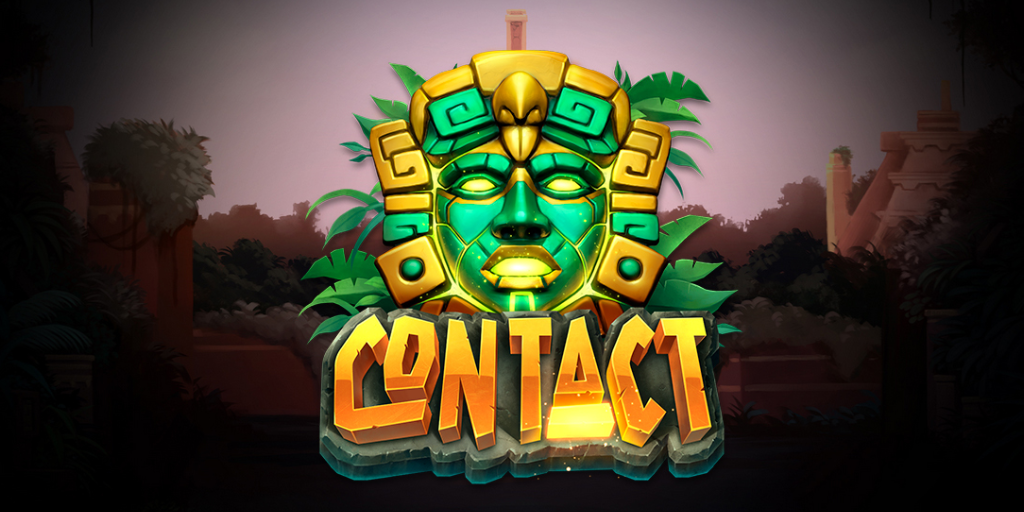 Online casino game provider Play’n GO has revamped the theme of the particular cascading grid slot with its new Mayan themed title called Contact , which is sure to be most exciting for online slot lovers.

The professionals at Play’n GO are recognized specialists in the market for games for mobile devices, and they have demonstrated this once again by optimizing the game that can be played with the highest quality in both portrait mode and the most traditional horizontal mode.

Contact is also Play’n GO’s first online slot created entirely in 3D , with an angled camera view to give the game a new visual sensation never seen before in signature games.

The game, which is played on a 5 × 7 reel grid , has a theme based on the ancient Mayan culture, and seeks to reflect a detailed style of the work in order to make the experience as immersive as possible for the players.

As with previous Play’n GO games like Viking Runecraft, a lot of research has been done to make sure the design style is accurate , avoiding unfounded topics. Thus, the symbols of this online slot machine are based on Mayan mask work designs and also on Mayan representations of traditional animals in the culture such as snakes, monkeys and hawks.

From the company they expressed themselves in the following way, highlighting how the 3D element adds to the appeal of the game:

3D images allow us to be very creative with camera angles, giving this game an epic feel and providing a whole new dimension during the game session that has yet to be explored in our titles!

Having pioneered the cascade reel slot game market , an innovation that has proven to be very successful for the company with titles like Sweet Alchemy and Gemix , Play’n GO has updated the format to provide an engaging and novel perspective. .

These new symbols can connect to existing winning symbols to increase group size or create entirely new groups. The game cascades until no new winning combinations are created.

PLAY CONTACT FOR FREE AND FROM YOUR CELL PHONE

One of the advantages of the online slot Contact is that it can be played in the free casino version of many pages, including the Play’n GO website. After reading the review of the game, playing for free allows users to learn more about this slot and decide when to play the game at a real money casino .

In the same way, Play’n GO has designed the game with an interface that adapts 100% not only to computers, but to the vast majority of iPhone and Android cell phones . This is a great advantage for users, who can play the game from anywhere and at any time if they have an internet connection on their mobile devices.

Thus, taking into account the theme of this slot and its special gameplay, we can conclude by saying that the game is expected to have a special appeal not only in the Mexican market, but in other countries in the market in the rest of Latin America.

How to play dice

Autoplay or automatic game in the slots