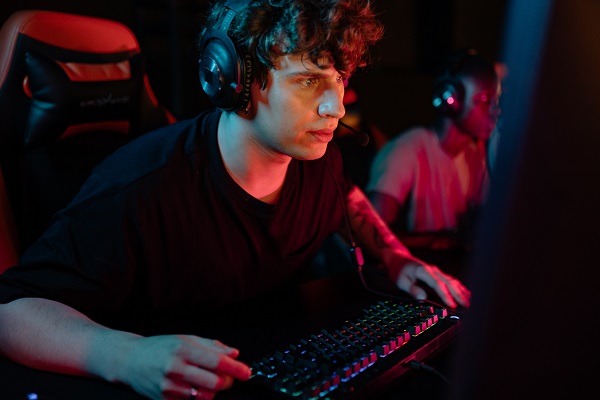 Can All Gamers Earn Money From Playing Esports?

If you’re a fan of video games, you’ve probably considered pursuing a career in esports. The esports sector has been picking up steam over the past decade or so. Nowadays, esports tournaments pack out stadiums across the globe. Meanwhile, the biggest events in the esports calendar attract audiences that factor in the millions. Six-figure salaries, sponsorship deals, and merchandising rights all make esports a lucrative career path for expert gamers. However, turning a love of video games into a job that pays the bills isn’t easy.

What’s the Real Earning Power of an Esports Professional?

This all depends on the team in question and the tournaments these teams are participating in. At the lower end of the scale, salaried gamers might only be taking home around $4,000 per month. This equates to an annual salary of around $5,000, putting it in the same ballpark as many mid-income jobs. However, these salaries don’t take into account additional perks like prize money and bonuses. In recent years, the prize pools attached to the biggest esports tournaments have skyrocketed. Take the Dota 2 International as an example. In 2021, The International was offering an incredible $40 million in prize winnings.

Furthermore, the best-performing teams reward their players with salaries to match their success. Although non-disclosure agreements and ironclad accounting make it difficult to ascertain the earnings of many players, it’s thought Team Liquid pays its players an average of $315,000 annually.

How Esports Pros Supplement Their Earnings

There is no shortage of millionaires in the esports industry. However, those pros with the biggest bank balances haven’t amassed their fortunes from tournaments exclusively. In fact, the most prolific esports stars supplement their salaries by streaming.

Twitch is the preferred platform for many esports players. Although some organizations impose restrictions on their players, most are free to explore other revenue streams, provided it doesn’t interfere with competitive play. It’s not just gaming pros who can secure an income via streaming. An experienced Twitch user can expect to pocket up to $5,000 a month. However, they need to be prepared to put in the work. To earn that kind of money, you’re looking at streaming around 40 hours of content every week. However, this is just the tip of the iceberg. That streaming capital can be boosted further by securing ad revenue. The more subscribers a streamer secures, the more clout they have when it comes to adding to the coffers.

or waning fitness levels taking them out of the game, most players do have a competitive shelf life. Some pros have been playing for more than a decade, while others retire after a single playing season. Naturally, once someone is off a team roster, they’re shut out from taking home a slice of the prize money. That being said, esports can provide long-term career opportunities. Celebrated players can look forward to a future in coaching, while there’s no shortage of behind-the-scenes roles up for grabs.

However, it’s worth remembering that esports is still a fairly new phenomenon. You only need to look at the upcoming Dota 2 tournaments  to see that some old favorites continue to prove popular. However, other games that were once staples of the scene have fallen by the wayside. Ultimately, competitive gaming and esports are evolving sectors. How well the pros of today will keep up with the change of pace remains to be seen.

Casino bonuses – what should you know before you start playing

Sports Betting: What You Need to Know About Point Spreads or Betting Lines

Sports Betting: The Fundamental Differences Between an Oddsmaker and a Bookmaker