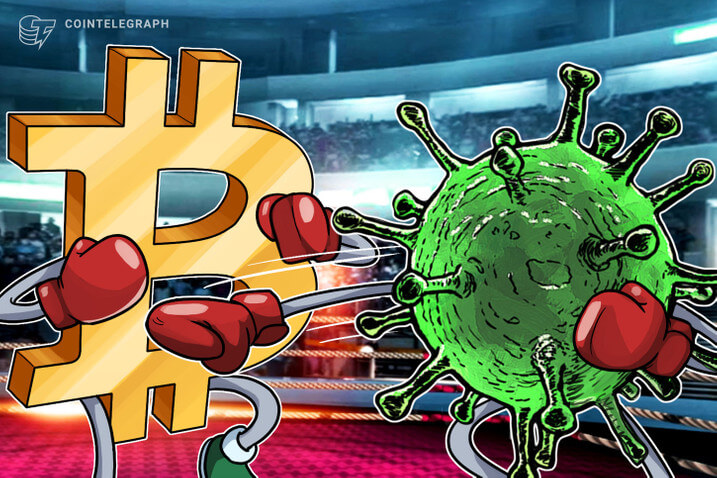 What will happen to the halving of Bitcoin after the coronavirus?

The Bitcoin Blockchain follows its inexorable step. How does this pandemic affect a pre-established mathematical calculation?

The Coronavirus (COVID-19) has become the reference topic globally today. We are talking about a pandemic that, despite having started in China , has already reached practically the entire globe, with a significant level of contagion, and a striking mortality rate, especially in the elderly. The world economy has entered a great pause to avoid contagion, although assets such as Bitcoin continue to work 24 hours, 7 days a week, without pause.

This uninterrupted operation will lead to the fact that, despite the fact that the global reality is in alarm due to the virus, the processes established for the protocol continue to occur. A particular case is that of Bitcoin halving , a process that will reduce the mining reward in half, going from the current 12.5 BTC to 6.25 BTC after the halving that will occur in less than 50 days, approximately on May 13.

This process is automatic and does not depend on the intervention of any of the network participants. Thus, the rules established in the protocol make it clear that every 210,000 blocks the mining reward is reduced by half, which, in addition, helps to reduce BTC inflation, by lowering its issuance of new coins. Since this makes Bitcoin’s scarcity more apparent, it is considered to be a bullish event, which could cause each BTC to be priced higher.

But despite this, the outlook for the international economy seems to suggest that this price increase could take longer than expected. And it is that although this positive effect is not usually seen immediately after halving (two have already occurred before), the truth is that the pause of many economies around the world suggests that money will go to other markets first before get to bitcoin.

The truth is that, unlike other assets and products, Bitcoin does not stop and a process as important as this is not affected in any way by the pandemic. Even when globally people take shelter at home to avoid contagion, we can be sure that a new BTC block is created every 10 or so minutes and that when we reach block 630,000, the mining reward will be reduced to 6.25 BTC, whatever happens around.

3 answers to 3 questions about casino slots

Why do we play casino?