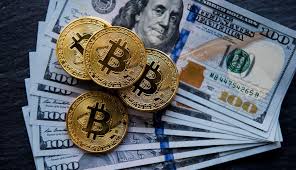 It is impossible to know if cryptocurrencies are a fad or are called to blow money as we know it today. What does seem clear is that cyber coins continue to carry a mistrust that hinders their implementation. This is highlighted by an ING survey of new technologies. The report notes that while there is a strong segment of consumers who strongly believe in them, the majority of the public remains suspicious. And, perhaps more alarmingly, the better informed consumers are, the less they trust.

“Overall, attitudes have not changed dramatically from the previous year and Europeans do not have a precisely unanimous opinion on the need to own cryptocurrencies or even know what they are. But it remains to be seen if people will go for them, if they consider them useful, ”explains Jessica Exton, an expert in behavioral science at ING. “In Europe we are clearly divided between those who see them in the future as something positive (32%), negative (33%) or neutral (35%) for online shopping, and that is something that has not changed much throughout of the last year ”, he adds. “Our study shows that there are small enthusiastic groups about the future of cryptocurrencies, but that its relevance in daily life and the fact that its usefulness is demonstrated are going to be key factors in turning that curiosity into a real revolution in money, “says Exton.

However, only 22% of Europeans and 18% of Americans would like cash to cease to exist, compared to 54% of respondents who oppose that option. “That, of course, does not mean that they prefer cash over new payment techniques. It means that they want the option of paying in cash to continue to exist, ”the study points out.

Social media has not just taken off as a platform for online payments. Even in Turkey, by far the most enthusiastic country for digital money among the 15 participating in the survey, the public is divided between those who say they would send money to friends. or family members through social networks, with 43% in favor and 40% against. The European average is 17% in favor and 66% against, with the reluctant Austria leading the way (82% against and only 6% in favor). In Spain, 67% of respondents declared against and 16% in favor.

Teunis Brosens, ING’s digital finance and regulation economist, believes that for cryptocurrencies to become normal , technical improvements are needed , “but to gain trust and acceptance beyond a core of enthusiasts, it would be helpful if there would be an association with well-known brands. ” In summary, cryptocurrencies have to present themselves to their potential future users as something that is part of the existing financial framework, rather than presenting itself as something external to that framework, ”he says. Brosens seems to be targeting hybrid models or projects like Facebook’s Libra, which initially intends to use the centralized system, but only as a transition mechanism towards a fully decentralized currency in the future.

Glenn Goodman, who quit his job as a reporter for the ITV television network to become a guru of cryptocurrencies, believes that the public mistrusts them “because, in the early days of the Internet, criminals and scammers were the first to take advantage technology for your benefit for illegal purposes. ” “The pure currency aspect is only part of all this. Yes, it can end up revolutionizing the financial industry, but technology has the potential to do much more than that: it can destroy intermediaries in many industries and save consumers billions of euros, ”he adds. Can you imagine a decentralized economy with taxi networks without there being taxi companies, insurance policies without insurers, contracts made and applied without the need for lawyers? That’s what blockchains and cryptocurrencies are really about: using technology to connect buyers and sellers and suppress the middleman, “he concludes.

Get the Best Online Casino Bonus in 2020